Where living our best lives with Lipedema is possible. 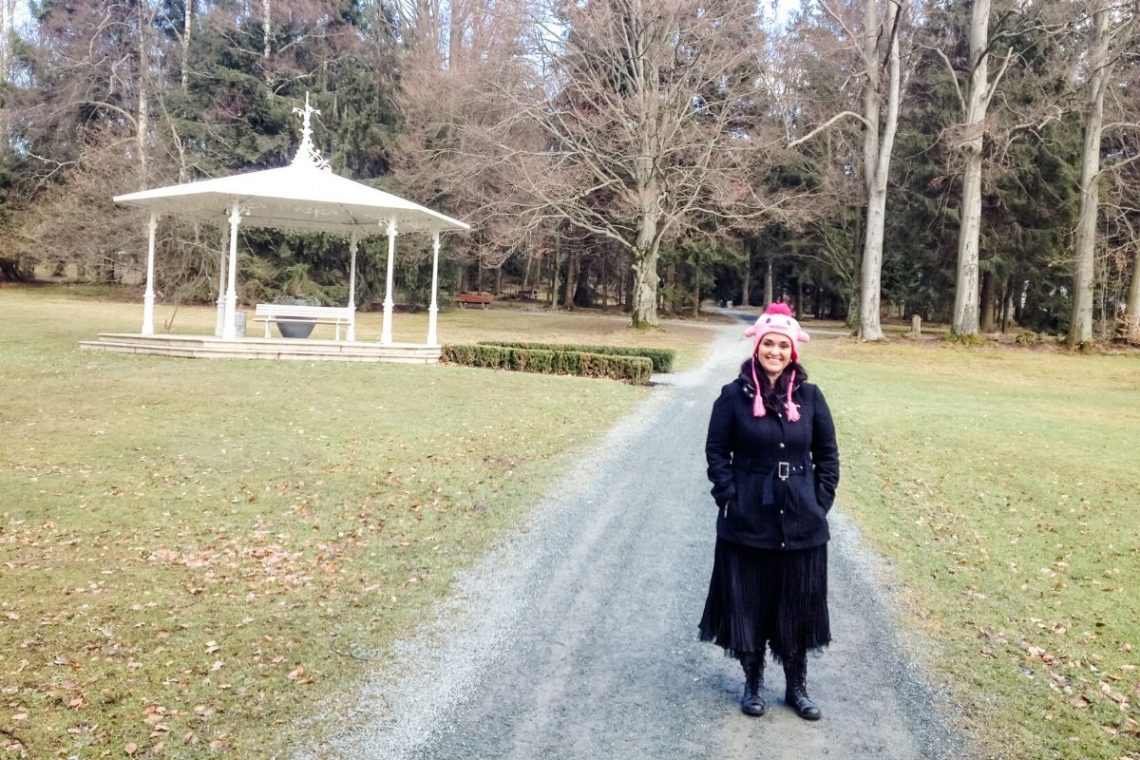 In 2013, I was diagnosed with lipedema. You can read about that story here. I found a support group on Facebook called Lipedema Sisters USA.

Within a month of joining the group, I found out that there was a doctor in Germany who could cure lipedema with a series of surgical procedures.

A Lippy lady on the FB group had posted a photo of her arms in a compression garment which read, “Just a few weeks and all my lippy pain is gone! I can’t believe it!!”

I jumped on that thread so fast.

You see, I was probably at a solid 6/7 on a scale of 10 in terms of Lippy pain. I could no longer hide it most days, and even something as simple as laying down hurt my body. Pressure of any kind was so painful, that I could hardly fathom the concept of a good night’s sleep. Everything hurt.

And it was beginning to hurt all the time, pressure or not.

I was out of options and knew that if I didn’t do something soon, that I was likely destined for a wheelchair. Literally.

But in the summer of 2012, quite suddenly, I started getting dizzy and having trouble walking without assistance. I could no longer drive myself anywhere.

That led me to a clinic in Northern California where they have a medical staff who treat conditions with nutrition and natural methods, along with the medical. My doctor was awesome and compassionate, and though he misdiagnosed me, his diagnosis eventually led me to an actual answer.

I ended up doing a medically supervised water fast for 40 days there. Nothing but water. And despite going 40 days with no food, I didn’t die.

Actually, it cleared up the dizziness and helped a lot. But it wasn’t the whole answer to handling my condition.

I went back to my life and continued eating a whole-food, plant-based diet, but I was still having difficulty. I didn’t know I had lipedema yet. And I had never heard of lymphedema, nor did I know that the latter could come about from the former.

I’m really trying to avoid explaining complicated conditions, but lymphedema is usually something people get after certain surgeries and cancer treatments. But it can also develop as a secondary condition because of lipedema. This is possibly due to the heavy lipedema fat and inflammation disrupting the lymphatic system and eventually damaging it from all the pressure.

So now that we’re all caught up, you can imagine my shock and delight when a woman was claiming that she was cured by this doctor in Germany?

I researched this doctor and what he did, and I had hope.

This meant two months in Germany and 3 surgeries. But it also meant the possibility of getting my life back. I sold my Miata, borrowed against my life insurance policy, earned money, and did whatever I needed to do to get the funds to do it.

I’ve detailed my lipedema surgeries in another post, but that’s not the point of this post. The point is that I did it, and it worked. Sort of.

Really, the surgeries bought me time. Much needed time.

I was able to do things and move my body again. I went castle-hunting with my husband, explored whole villages and cities, walked for hours up and down hills and more. That alone made the whole experience worth it.

My lippy pain was mostly resolved, but not completely. And I was still left with this nagging feeling that the lipedema was not gone.

So, when I returned to the States and resumed my healthy diet and exercise routine, I sort of crossed my fingers and hoped for the best and kept my worries to myself.

I need to mention that the doctor in Germany has been treating women with my condition for over 20 years. In all those years, he’s successfully treated all but two patients. However, treating Americans was something fairly new. In fact, while I was there, a number of other Americans with lipedema arrived around the same time, along with doctors from the US to learn about this revolutionary lymphatic-sparing method of liposuction surgery. This all started in the Lipedema Sisters USA FB group.

Four of these ladies have contacted me since because their symptoms are returning. Two others have spoken up and they are also struggling. For us, it isn’t cured.

Interestingly enough, the local anesthetic used for the surgery also did not work well on at least 5 of us. From what I understand, this was a first-ever for our German doctor. I felt pain through most of the first surgery, and some of the last two surgeries (he switched to a different anesthetic for those surgeries). But it appeared that the Americans were more resistant to the anesthetics than our German counterparts.

I have a theory on all of this.

I believe that our bodies in the US are metabolically and cellularly different from women’s bodies in Germany. I also think that the food here in the US is far more toxic and destructive than the food there resulting in greater inflammation which feeds the lipedema growth.

My husband and I picked up the very bad habit of eating a pastry or bread at any of the fresh bakeries that littered every corner in our quaint little Bavarian town every single day. We also ate most meals out at restaurants. And despite two months of this, I only gained a total of 5 pounds.

After Germany, we continued going to a local French bakery here at home a couple times a week, and dining out fairly often—no added sugars, and what would be considered fairly healthy options most of the time—and I started gaining weight.

Thirty pounds and a year and a half later, my symptoms started returning. I believe it’s because of the inflammation that most American food creates in our bodies. This is why diet can make a big difference in treating lipedema.

However, more recently, I learned something new that I feel also explained why our lipedema was not resolved with the liposuction surgeries.

We already know this. It doesn’t respond to diet or exercise. That doesn’t mean a woman with lipedema can’t lose weight, because it’s been proven by some that we can, and I’ve experienced it myself. Yes, it’s harder. Yes, it requires more work and diligence AND finding the right diet, and yes, it can be slow going. But the lipedema fat itself does not respond to diet or exercise because it is different.

On the Lipedema Resource page, there’s detailed resources on lipedema and what it is, citing certain expert articles, etc. But recently, I was on Instagram of all places, and a post came up where a doctor was showing lipedema fat nodules which had been freshly extracted from a patient. The caption explained that lipedema fat is often harder than regular fat. That’s why we can feel the nodules and lumps when we palpate our arms and legs.

I don’t know if other Lippy ladies do this, but I often run my fingers across the surface of the backs of my upper arms and along my legs, sometimes to relieve the aching feeling there, but other times just because it feels so weird–like a bag of beans under the surface of my skin. I almost do this subconsciously.

So, if that’s true that lipedema fat is often harder, then how can a cannula* actually suck out all the lipedema fat? I mean, have you ever tried to drink through a straw and get a lemon seed stuck in the end? You can poke it all you want, but it’s solid and is not going to come apart enough to suck it up in your straw.

*A cannula is a long hollow rod with an opening on the end which is used to suck out the fat.

This is what happened with my lipedema surgeries. Some of the fat was easily sucked up. Some of it was thicker and more resistant and the water-jet and anesthetic helped to break it up. But some of it would not break up and was left behind because it simply could not fit in that small hole in the cannula. I know this because I could still feel the hard lumps and lippy fat.

In the blog post detailing my lipedema water-jet assisted liposuction surgeries in Germany, I explain that the incisions that are made are quite small–3mm and less than ¼” actually. That’s about how wide the cannula is. So it goes without saying that the biggest harder pieces of lipedema fat would likely be larger than 3mm in size. Some are the size of a pearl, and others more like a marble. I have nodules in my legs that are at least the size of a bean so…

There are only a couple of doctors that I know of who remove those bigger nodules manually. One of these is Dr. Jaime Schwartz and he’s a plastic surgeon/lipedema obsessed doctor in California. He does a technique called Manual Lipedema Extraction and it’s exactly what it sounds like. A little gruesome looking, but very effective. I haven’t done it yet, but I plan to.

Anyway, the point of this post is really just to shed a little light on why some of us don’t get the results that we hope for with surgery. And how food and toxins can affect the progress of lipedema.

If you read my post about lipedema and diets, there’s even a period where my lipedema pain was greatly reduced with diet alone, so I know that it’s possible.

I do think that if one is considering surgery, it’s good to find someone who can get a proven complete result in removing the lipedema fat. This option was not available when I had my surgeries in 2013, and I would not have physically made it without significant impairment even a year. I am grateful I had the surgeries when I did and I really wouldn’t do anything differently back then.

Technology and the sharing of information is improving our treatment options. We have more choices than ever and I believe that it will only get better as we continue to raise awareness. 🙂 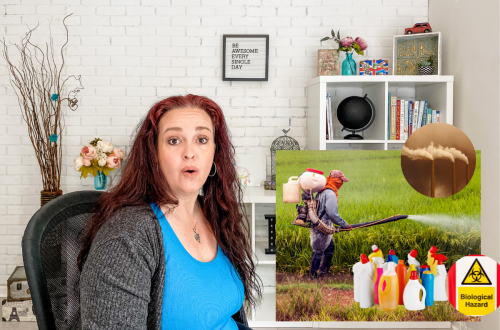 Are Chemicals Making Us Fat? 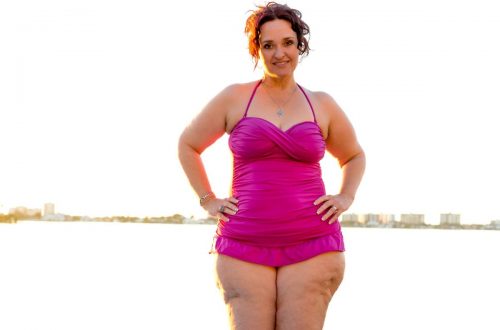 A Reason to Stop Hiding Those Legs 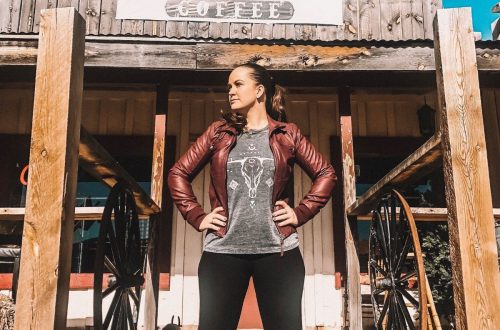 Embracing Your Shape and Style 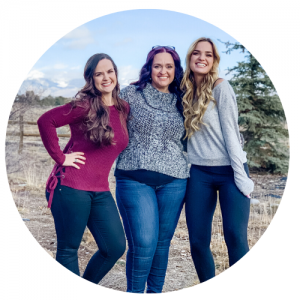 Oh! Hi there. We’re just a mother and daughter duo living our best lives despite Lipedema.

This is where we talk about our journeys, new info, awesome resources and ways to live better.

Come on in, take a look around, and join in the conversations. We look forward to meeting you.

We can live our best lives with Lipedema.